The safety problem of lithium-ion batteries is the problem of heat inside the battery. If the heat generated by the failure cannot be released quickly, the temperature of the battery will continue to rise, and the rising temperature will intensify the chemical and electrochemical reactions between the components such as the active material and the electrolyte inside the battery. A large amount of heat and gas is generated, which eventually leads to thermal runaway of the battery, until safety accidents such as smoke, fire, and explosion occur.

The main sources of reaction heat inside the cell are as follows:

2. The reaction of lithium intercalated carbon with solvent

When the temperature increases, the SEI film cannot protect the anode, and the solvent may react with metallic lithium or intercalated lithium.

It is found that the binder PVDF reacts with LixC6 when the temperature exceeds 260℃.

5. Decomposition reaction at the positive electrode

Layered LiCoO2, LiNiO2, spinel-like LiMn2O4 and olivine-like LiFePO4 are the most studied cathode materials, and they are stable at temperatures below 650 °C. The above materials are in a metastable state when charged and decompose when the temperature is increased.

When the lithium-ion battery is overcharged, lithium metal is deposited on the surface of the negative electrode, and the reaction between metal lithium and the electrolyte may occur.

When a lithium-ion battery is charged and discharged, the enthalpy of lithium intercalation into the cathode material changes.

The three sources can be summarized as:

2. Irreversible heat, mainly due to ohmic resistance and polarization;

3. The heat generated by the side reaction mainly comes from the chemical reaction between the electrolyte and the electrode material.

For the battery, even in the case of normal charge and discharge, the heat of the A and B parts always exists. If the heat of the C part occurs, it may lead to safety problems in the battery. The heat of Part C mainly comes from the following five parts:

Powerlong Battery provides new energy integration solutions for global customers, focusing on the mid-to-high end of the new energy and energy storage fields, specializing in the research and development, manufacturing and sales of 26650 cylindrical cells and battery packs (systems). If it is necessary, please feel free to consult us. 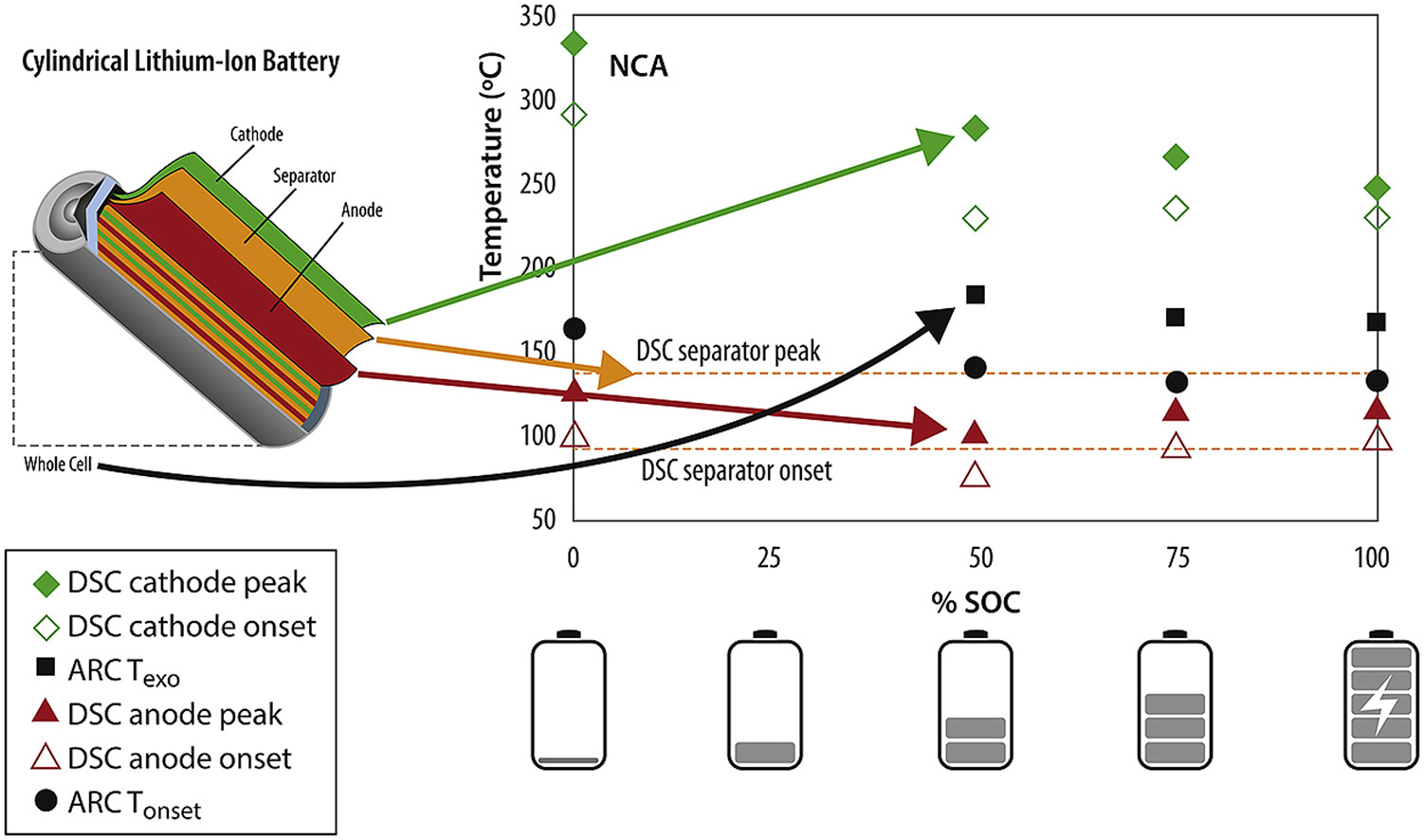